This is one thing i have been trying to rant on for quite sometime.

Is it me or some people find it convenient to just give out someone's cell number or BB Pin without asking them?

So i met this dude at a party one time. For starters i wasn't feeling him in the sense that i just saw him as part of the mix in the crowd, was 99.1% sure that i wont see him again after the party, i think he was trying to strike a convo and i made a rude comment, you know when you replay the convo in your head one would have assumed that he would not talk to me after that, but guess what when he was leaving he came to say goodbye and the following morning. I got a BB request. It was him.

One of the Judas's called "a friend" gave him my PIN.

Okay i am sure you are like "it shouldn't be a big deal"
Maybe it isn't, some hunters make sure they go for the kill and won't rest till the get it, my "friend" just handed me like prey.And not only that she downloaded "gist" about me like, the guy already thought he knew who i was before getting my PIN.

This is a personal issue. I really have a problem with people giving out my cell number or BB Pin or any personal info without contacting me first. If i had to ask, i wouldn't mind if you asked the BB pin owner or cell owner as in "She asked for you number is it okay if i gave it to her?" Yes or no would work. Unless your cell number has been on a flyer, is standard on a website or published as a business point of contact i wont give it out. You wont hear " I got your number from Lola". Trust me you would have gotten a text first or i would have called you.

It is the same chic who gave out my PIN that is  now lamenting out of self pity that she introduced the guy to me, maybe if she had asked me what had ensued between the guy and myself before giving out my PIN, she would have been in a better position to judge.
Anyway what are your thoughts.
I really want to know. 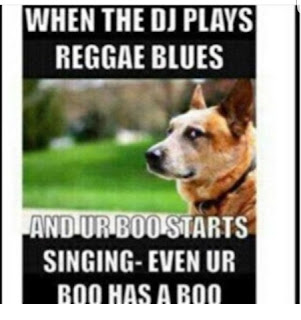 COS EVEN YOUR BOO GET A BOO

I don’t know if it is me, or the nature of man has truly changed. This blog post was a little hard for me to write because it also personal too. I remember when I was growing up, love seemed to be something often dreamed about, it seemed perfect when two people felt the same way about each other, when they shared their dreams and goals with the ultimate purpose of spending the rest of their lives together Nowadays, the idea of falling in love is like reading “Alice in Wonderland” where Alice kept chasing a rabbit that kept running away and only for her to find out that her whole adventure was just a dream. Is it hard to find a good man nowadays or are the ladies of this generation no longer wife material because it goes both ways. A chic could be looking for a man who would give her  a decent relationship, a great time, movies, vacation, dinner, family , sex, etc with a commitment or something like it but not be  wife material. Meanwhile there could be another man ready 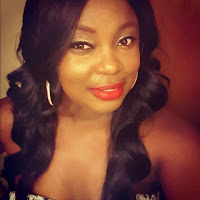 BLOG AWARD FROM SHARON SALU :SISTERHOOD OF THE WORLD BLOGGERS

Hello everyone Its been hectic, working on a book currently and the setting of the story requires a lot of research. Besides that life is awesome but i have decided to create a blogging schedule so i don't fall behind. I got nominated by Sharon Salu An amazing author of a couple of books i was privileged to read Bewaji's Ankara Adventures Wura's Woodin Adventures I am yet to read the read the rest, there are about 4 aso ebi adventures but i read The Piano Book Check her out, her stories are Amazing!!! She is also a QCOG!!! Here are the rules Thank the blogger who nominated you, linking back to their site; Put the award logo on your blog; Answer the ten questions sent to you; Nominate five blogs; Make up ten new questions for your nominees to answer. Here are my answers 1. Why do you write/blog? I write because i have a story to tell,  play with characters, determine their role in the story and eliminate them if need be, i love playing God on p